In the late 1800s, a scientist named Samuel Langley pretty much invented airplanes. Lots of things astonish me, and many of them involve aeronautics. I’ve never gotten past the concept that a hundred tons of metal can get off the ground and stay off the ground. That’s number one, and it goes from there, and here’s the guy who from nothing imagined that humans could fly around in the sky and then wrote about it in a book called Experiments in Aerodynamics that was published in 1891.

Do you hear me, people? Langley dreamed up the “airfoil” and invented the idea of “lift” and the concept that became wind tunnels. Then he successfully flew UAVs powered by mini-steam engine almost a mile on two occasions late in 1896. UAV, you know, like the Predator drone? An Unmanned Air Vehicle in EIGHTEEN HUNDRED AND NINETY-SIX. Langley was flying these things around seven years before the Wright Brothers! In fact, nine days prior to the Kitty Hawk breakthrough in 1903, Langley was floating on the Potomac River on a houseboat-turned-aircraft-carrier and was trying to catapult a manned, powered airplane into successful flight. It was a failure of an experiment that came oh-so-close to trumping Orville and Wilber on the verge of their great triumph. Langley was called a fool and a failure afterward.

Langley’s successful UAV, which he dubbed an “Aerodrome.”

I can hear you saying, What’s your point, Matzen? Well, OK, my point is simply this. People don’t much care for history lessons but people love stories and Langley’s is a hell of a story, the race to figure out how to enable humans to fly. Here you have these incredible people in 1890 and 1900 working desperately with sticks, fabric, and leather to make a contraption that could go up and stay up, and less than 40 years later movie stars in fur coats are stepping into polished-aluminum airplanes and flying across the country.

I’ve been saying it a lot in lectures and interviews lately, but it bears repeating: TWA Flight 3 crashed in January 1942, killing Carole Lombard and 21 others, at a time when commercial flight was still in the process of being figured out. It was still the era when biplanes were serving as the training platform for U.S. military pilots. DC-1s and DC-2s still served commercial passengers along with the beefier DC-3—these were the very first modern airliners replacing the serviceable but clunky Ford Tri-Motor.

One of the most telling quotes in Fireball was spoken during the House investigation into the crash of Flight 3 by TWA DC-3 Captain Alexis Klotz. In describing the airway out of Las Vegas, which includes the Spring Mountain range and Mt. Potosi, Klotz said, “It is very true that you can wander off just a little bit and hit something…. We drive down a narrow highway. There is traffic within 12 inches on one side and a gully on the other. It is considered safe. You watch what you are doing.”

They didn’t call this the Greatest Generation for nothing. These men had no virtual displays or talking consoles. They had no radar. They had guidelines, procedures, rudimentary gauges, two wings, and a prayer, and flying perhaps the finest airplane ever constructed, Douglas Corporation’s DC-3, they got where they were going and safely conveyed passengers, 15 and 20 at a time, from place to place.

If you do the math, between December 1903 when the Wrights flew on that ridge in the Outer Banks and January 1942 when Flight 3 smacked into Mt. Potosi, that’s a tad more than 38 years. Now think about what was going on 38 years ago today, in 1976. All of a sudden 38 years is nothing. It’s the blink of an eye, but in that span of time, airplanes went from fabric to aluminum, from sputtering engines with spindly propellers to two or four growling beasts, and from open cockpits to luxurious, closed cabins with meal service on transcontinental flights. All in 38 years.

I was a great disappointment to my father the mathematician and physics professor. He would try in vain to tutor me in high school trig, and there was no way I was ever going to get it. I still don’t get it. But in the end, Dad, I did turn out to be smart enough to recognize a smart guy when I see one, and Samuel Langley was one smart guy whose ideas changed the world—just 38 short years prior to the crash of Flight 3.

Note: If you want to see a great documentary about Samuel Langley, check out Undaunted: The Forgotten Giants of the Allegheny Observatory because, oh, by the way, Langley was an astronomer who invented aviation in his spare time. And I can’t even balance my checkbook. 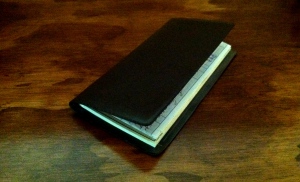