In the ninth grade I cut my fingertip off in shop class. It’s the ring finger of my left hand, and I was planing a piece of wood on a machine called a joiner and the plastic guard was off it for some reason and I was holding the wood carelessly. Mr. Russell the shop teacher watched my fingertip fly up in the air and I’m sure imagined his career flying beside it. Such a sound it made, the blade hitting my flesh, that whenever I hear a similar sound today all these years later a chill runs from the base of my spine down my legs. I just heard a version of that sound out the open window as someone in the neighborhood fed tree branches into a wood chipper.

Blood was everywhere. Mr. Russell kept his cool and wrapped my hand up so the principal could drive me to the doctor’s office. Now, I come from a small town and we had two doctors, both alcoholics. I remember the doctor I went to that day had an old portrait of himself as a navy officer in his office, so he must have been in his 50s, although at the time I thought he was ANCIENT. Or did he just look ancient because of the booze?

Anyway, as the principal parked along the street in front of the doctor’s office I watched my mother run into view and straight inside. She wasn’t exactly a graceful woman and definitely not an athlete but she had still managed to sprint about three-quarters of a mile and beat us there even though the principal was hurrying and only had to drive three blocks. In other words, Mom cared.

When the doctor removed Mr. Russell’s wrapping, my finger was sticking up at a perfect sightline between my eyes and Mom’s, and I watched her face turn chalk white at what a high-speed circular saw can do to human flesh. It looked like ground sirloin, except purple. 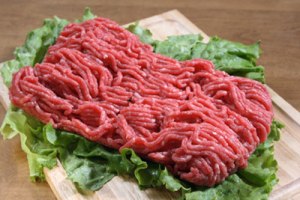 The doctor said there was nothing to sew so he didn’t sew it. He wrapped it in gauze and then cotton bandage and sent me home. Even then at—what was I, fourteen?—I thought to myself, shouldn’t you lubricate that, because things are going to congeal and it’ll be difficult to get the bandages off down the road?

I believe seven days ensued. In that time I became a high school legend as the ninth grader who cut off his finger in shop class. My school was a junior high, a decrepit old set of buildings long since torn down, while grades ten to twelve were jailed in a shiny new school out in the country. Aside from being a mediocre baseball player on championship teams, I had never achieved notoriety of any sort until now, unless you count the time I (along with at least 100 others) colored a picture of a clown flawlessly and won two free tickets to the circus, or the time I won a drawing in the fifth grade and got to take home the week-old jack-o-lantern at Halloween.

Now? Now I hit the bigtime as the ninth grader who lost a hand in shop class. None of the upper classes laid eyes on me, but when one loses an arm, you can imagine what the poor bastard must look like in all those bandages lying in a hospital room hooked up to IVs and monitors. That was the progression, as I found out later, with my condition worsening until a week had passed and I was hanging on by a thread in ICU.

The day came for me to go back to the alcoholic ex-navy man for a follow-up, and here I am just a kid kind of shaking my head thinking… Salve? Ointment? Something was supposed to go between my flesh and those bandages.

He started unwrapping and, son of a gun, the bandages were stuck. He said, no problem, let’s soak it. I can still remember the kidney-shaped metal dish that my hand, bandages attached, soaked in. He came back after a while and gave a tug. “YEEEEOWW!” I think I’m quoting myself accurately. I think it was, “YEEEEOWW!” 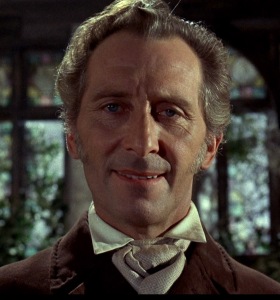 My doctor sort of looked like this while sober.

No problem, let’s soak it some more. We repeated the process. Same result. Finally he said, “Here, lie back,” as he must have said to many a wounded navy man back in the South Pacific, and I did as ordered and he said—I kid you not, he said, “This might hurt.”

I reached out with my right hand and found the metal stirrups that are used when ladies are examined. Just as I did, he gave it all he had and yanked the bandage off.

I don’t remember the next moment or two because the lights went out, but for years afterward my big sister Janet would ask me to tell the story of the time the doctor removed the bandages from my finger, and she would laugh and laugh.

What happened was that he knew he was going to have to pull hard, and I guess he was trying to make it go quick for me, but with the bandage when it separated from my hand went all the ground meat, plus what was left of my fingernail, and the cuticle, which was ripped clean up to the first joint. What a scar it made, and for ten, fifteen years the slightest bump would put me through the roof.

I was reminded of this incident while cutting my nails and facing again the result of that morning in shop class. The end of my finger grew back after a fashion, although there’s no fingerprint and the nail, which did grow back against all odds, is about half the size of its right-hand mate. The coolest thing in retrospect is that if you look closely, you can see where the cuticle was ripped in a blazing trail in the direction of his yank. I was actually pretty lucky when you think about the alternative, like my brother-in-law who was a meat cutter in adolescence and apparently not a very accurate one by what’s missing today.

I know what you’re thinking, what a lawsuit this must have made because of the missing guard on the table saw, but that wasn’t the cut of my father’s jib. Dad chalked it up to inherent Matzen clumsiness and we moved on, and the grateful school district rewarded me in the only way it really could, with an A in shop class.