The good news this week is that long-departed film legend Clark Gable is in the news. The bad news is that it’s because he’s been accused of date rape an astonishing 80 years after the fact. And he wasn’t accused directly but by hearsay. I’ll let you pick through the wire stories if you feel the need to catch up, but forgive me for being a Caucasian male film historian (and criticized for same after being quoted in Lou Lumenick’s piece in the New York Post) who dares say, show me the evidence. Any more, all one has to do is level a charge, no matter how nebulous, and it sticks. Newswires pick it up, special interests start wagging fingers, and a famous name is covered in goo. 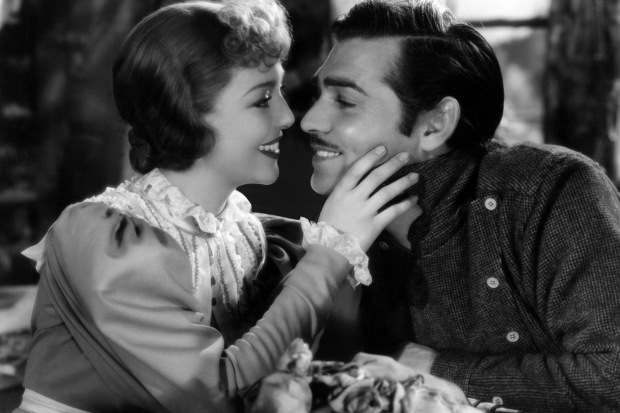 Loretta and Clark in a publicity shot from Call of the Wild.

I grant you Gable invited scandal by denying what was so painfully obvious, that the child born to Loretta Young in 1935 was his child. The birth mother acknowledged it; the birth child did too. As one who, while writing Fireball: Carole Lombard and the Mystery of Flight 3, had to try to sort out the psyche of this guy who denied what everybody knew, there comes a point when I could only scratch my head. The best I can figure it, Clark Gable denied his involvement in the conception of Judy Lewis because either:

Is it possible that he felt intense guilt because he forced his attentions on Loretta and a child resulted? Sure, it’s possible. Old Hollywood was a supremely sexist place, and women were anything but equal except at the highest levels of stardom. But in the case of this charge against Gable, let’s look at some facts: 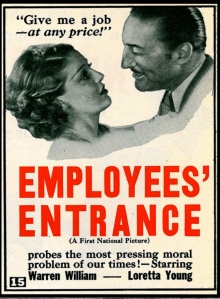 Loretta was indeed a practicing Catholic all her adult life and would, in the 1950s, be recognized as a pillar of the Hollywood community. But Loretta was no naïve schoolgirl at the time of Call of the Wild in 1935. She had been married at 17 for almost two years (marriage annulled), and by age 20 was peddling her own flesh in naughty pre-code features including Play-Girl, Weekend Marriage, and They Call It Sin. A fourth, Employees’ Entrance, had the tag line, emblazoned over Loretta’s head in the ads, “Give me a job—at any price!” This was no naïve kid in 1935 at age 22 who didn’t know better than to innocently flirt with Hollywood’s most virile sex symbol. This was an already-around-the-block married woman.

A pal of mine has accessed the Fox production files due to a love of Call of the Wild and reports that the company first went on location to Mt. Baker, Washington, then reconvened for an extended stay in Feather River, California. It was here, according to my source, that the timeframe matches up with Judy Lewis’s birth nine months later.

The new allegation quotes Loretta as claiming that Gable forced himself on her on the train ride back from Washington, which predates the second round of location work in California. So did he come back and force himself on her again at Feather River? And then maybe again? She didn’t claim that. 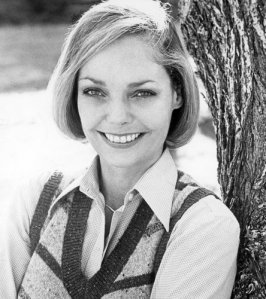 Judy Lewis, all grown up and looking like Clark Gable.

Or is the director of the picture, William Wellman, to be believed when he wrote in his memoir decades ago that Gable and Young were engaging in “monkey business” on those location shoots. According to Wild Bill, theirs was far from the innocent flirtation Loretta allegedly described late in life when she was intent on legacy protection. Wellman recalled having to single Gable out in front of the company for their indiscretions.

Loretta Young sinks the family’s claim herself in a 1985 quote uncovered by Lou Lumenick. Of Clark Gable she said, “As rough and tough as he played many of his parts, you will notice that in all of those love scenes, particularly in Gone With the Wind, he is so gentle with women. And does treat them with such tenderness, such sweetness . . .”

Lastly, Loretta worked with Gable again on a picture in 1950 when Judy was a teenager and neither mother nor father seemed put off by the experience.

Gable and Young, chummy making Key to the City in 1950.

The facts do not seem to align in this allegation against Gable. Were this a court of law, he would be innocent until proven guilty and walk for lack of evidence. No such rules seem to apply in the court of public opinion, where the charge itself constitutes a guilty verdict.