It’s been more than 18,000 miles since I last updated this blog. First came a business trip from Pittsburgh to Portland and back, followed almost immediately by a nine-day excursion to Europe as background research for Mission, the Jimmy Stewart book now under construction.

As you know if you know me, I don’t believe an author can write about a physical place significant to a story without having been there. I consider the locations to be characters because of their importance to the narrative, and I didn’t feel qualified to write about, for instance, Mt. Potosi, Nevada, where TWA Flight 3 crashed, until I had climbed it. In the same way, I can’t in good faith describe the 1943-44 U.S. Army air base in Tibenham, England, without visiting the runways where Stewart and so many other fliers took off, many never to return. 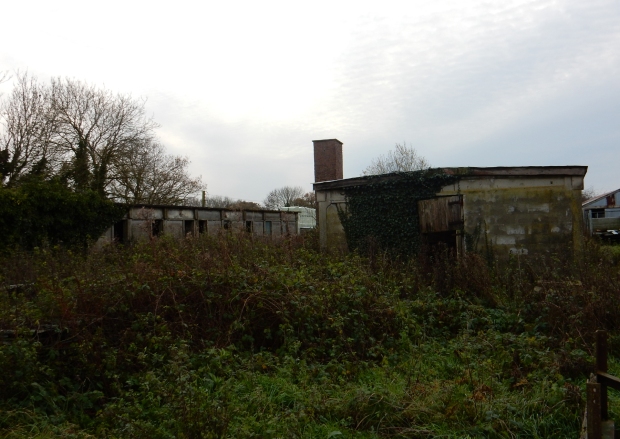 Stewart was a four-engine-rated Army pilot when he first landed at Tibenham November 25, 1943. He spent four months there during his heaviest run of combat missions. My November 23 and 24 (last week) were boots on the ground in Tibenham, where I experienced what the Americans did upon touching down: cold, damp, muddy weather, unrelenting, with very low overcast. By 4:20 P.M. on the days I visited, it was dark in Tibenham, which, until the Americans arrived, and after they left, was nothing more than a meandering village located along even more meandering roads wide enough for one ox cart of ye olden days, but not for motor vehicles.

As for my visit, you probably know that cars drive on the left in UK, which seems like it shouldn’t be a big deal, but with the deck stacked by rain and country roads with nothing over there called a “shoulder,” it becomes a big deal, especially with trucks barreling toward me—on the right no less. And there are lots of trucks driving around over there, careening around the hairpin turns. Then there’s that thing the English call a roundabout—every town has one or more. I’m pretty sure the Brits designed roundabouts to thin the herd of visiting Americans trying to navigate from the left while at the same time figuring out when to yield, when to proceed, and when to turn, always at high speed. But enough of my whining.

Rare is the idiot, er, scholar, who would fly across an ocean, bypass London, and head straight for a rainy field near Norwich where once an air base stood. Here is runway 0-3, the big one at Tibenham. From here the 445th Bomb Group took off almost daily, weather permitting, on several-hours-long bombing missions. Crews felt very lucky to touch back down here later in the day. Hundreds of fliers who lifted off in the morning never did.

Tibenham’s landing strips were returned to the RAF after hostilities ceased, and the base saw some service in the Cold War before a glider club took over; the gliders still operate there. The club historian, a pilot himself, is Eric Ratcliffe, and Eric graciously spent his afternoon showing me around what was once the air base. Precious few buildings remain from the small city that once held 3,000 American airmen, but I saw what was where and got the lay of the land, including the barracks where Stewart stayed (some of those quarters are still standing), and the primary local point of reference, the All Saints Tibenham Church, built in the sixteenth century. Its high tower and the north-south railway nearby served as vital landmarks to American pilots returning at dusk to nearly identical bases in the endless rolling farm country of East Anglia. So many air bases in fact, that mid-air collisions of heavy bombers taking off for morning missions in the overcast were a common occurrence in 1943 and 44, with great loss of life. Local lore includes very specific references to what body parts of American fliers rained down where around the railway station after a particular mid-air collision of B-24s.

I learned a lot during my two days of visits to Tibenham, and I know it will lend command and authenticity to my recounting of the 445th Bomb Group and Stewart’s squadron, the 703, as I describe his role in the war and his missions. But I also flip the story around and describe the experiences of others who crossed paths with Stewart and the daily bomber stream, civilians in Holland and Germany, and those in the Luftwaffe up against these great flying armadas. To many, Jimmy Stewart was a hero; to others he was one of the “terror fliers” of World War II. One of my colleagues in this enterprise dubbed the approach a “360-degree look at the war,” and that’s exactly what I’m going for. 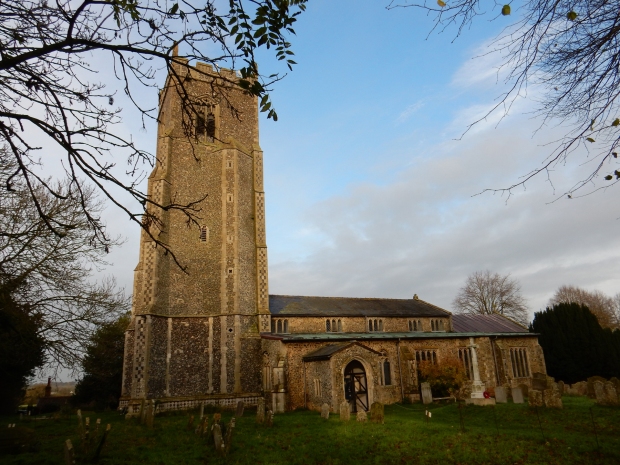 The high tower of All Saints Tibenham Church was visible for miles and served as a welcome sight to pilots struggling toward home.

Stewart’s a complex character and one I can identify with in some ways given that he and I both grew up in sister small western Pennsylvania college towns in coal country. But he’s also an enigma, a closed book of a human who hid a nervous stomach and waves of self-doubt about his looks, his attractiveness, and his talent behind a slow-thinking, slow-talking persona. Then there’s the most perplexing question of all: Why did Stewart so willingly step away from a Hollywood career that included the great triumph of Mr. Smith Goes to Washington and then an Academy Award for The Philadelphia Story to sign up for service when there wasn’t even a war to go fight? The obvious answer is that Jimmy Stewart was a flag-waving American patriot. Hooray for Jimmy! But the reality is quite different and something I look forward to sharing with you when Mission goes to press at the end of 2016.

For now, may I just say I’m home after four days of domestic and nine days of European travel and ready to get back to work and finish my book. It’s a story with a great main star and terrific supporting cast, and it’s so crazy in so many ways that it simply has to be true.

World War II expert Eric Ratcliffe (left), my guide, poses with me at the 445th Bomb Group Memorial in the fading light of a raw November day. I like to believe the spirits of all those airmen of the 445th are posed around us and wishing me happy landings for telling their stories. Many thanks to Eric for his time, patience, and expertise that day.